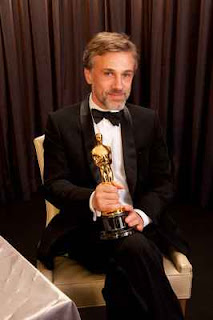 Waltz received this Oscar in the category Performance by an Actor in a Supporting Role and felt delighted, when Spanish actress Penélope Cruz handed him the Oscar. "Oscar and Penélope that's an über (more than) bingo."

Waltz, who studied at the Lee Strasberg Theater in New York and lives in London, accepted his Oscar with an emotional speech in fluent English, where he thanked Brad Pitt and others who helped him to be on board.

"Everybody helped me find a place. And this is your welcoming embrace and there's no way I can ever thank you enough, but I can start right now. Thank you."